cut tree - out of croky

cut tree - out of croky

Your destination to live, work and do business

Explore the complete services journeys from start to end and get a full view of service information and related entities. 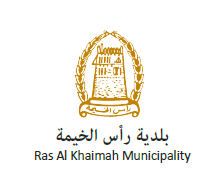 His Excellency Munther bin Shuker Al Zaabi, The General Manager of the Municipality Department, stated that the addressing system will bring a tangible improvement to the quality of life and work in the emirate and will give it a distinct identity.

Ras Al Khaimah’s addressing system is based on recognized international standards and practices, adapted to modernize and unify the system for naming streets, defining locations, roads and buildings throughout the emirate.  It supports and enhances the efficiency and accuracy of business and government services, and progresses the emirate to the ranks of developed countries in its infrastructure and smart services that is provided to the community.

The project system covers both the northern and southern reaches of the Emirate.  In concert with this launch, a digital address can be accessed via an electronic platform to be used by all community members and visitors to Ras al Khaimah.  In addition, addressing details have been provided to all mapping companies for incorporation in their maps and mapping products.

Coordination is underway on the next phase of the project that will include the installation of physical signage on buildings and streets intersections, which form part of the ‘way finding’ component of the addressing solution.  Physical signage assists in navigation and the identification of your final destination, and does not rely on GPS devices and their inherent limitations.

His Excellency also indicated that this project is one of the important projects leading to the development process that the emirate is witnessing under the leadership of our wise government, and it combines authenticity, identity and culture with development, excellence, knowledge and sustainability.  Our identities are linked to our environment, and the places that we live and work. Addresses are part of how we describe these locations, and inevitably form part of our identity.

The GIS Center has developed the addressing system to support the implementation of addressing. This new addressing system is a simple and easy to use site, built on modern technologies and platforms to allow residents, companies and visitors to conduct their daily businesses using location.  Addressing activates convenient, smart, and efficient location services for the Emirate of Ras Al Khaimah.

In line with the Ras Al Khaimah 2030 vision, addressing supports a wide range of economic, social and environmental benefits.  These include amongst others, improving emergency response times, activating on-line shopping and deliveries, as well as personalized service delivery outcomes.

The GIS Center works in cooperation and coordination with all government agencies and the private sector to share address data and work to link the addressing and spatial guidance system with business systems in the government.

The Emirate of Ras Al Khaimah has a glorious history filled with the originality, and is characterized by its beautiful archaeological and tourist sites, and its fertile agricultural soil, its notable activity in the industrial and tourism sectors. On these days, it notably witnesses a huge turnout from domestic and foreign tourists

Al Marjan Island is considered as one of the most important touristic places teeming with tourists in Ras Al Khaimah. It is a group of artificial islands, built in its shape in the form of coral, which is abundant in water of the Gulf, to be considered a masterpiece of exquisite engineering works, amidst a beautiful marine nature, to be an astonishing touristic landmark, to which the touristic companies come to it together for organizing trips from around the world, and this island is called the icon of the country's touristic projects.

Al Marjan Island in Ras Al Khaimah has replete features with diversity, including hotels, restaurants, elite beaches, and water, sea and beach games, which makes it as a fertile attraction place for all nationalities and ages.

This island contains distinctive residences known as Bab Al Bahr, which are mostly luxury residential units, in addition to international hotels such as the Rixos Hotel, which includes six hundred and fifty rooms, and it is considered one of the huge five-star resorts, which is built on three pyramid-shaped buildings. It also has conference rooms in addition to a theater.

The Rixos Bab Al Bahr Resort is the best shelter for the relaxation and luxury and family vacations, especially thanks to its privileged location on the charming Al Marjan Island in the Emirate of Ras Al Khaimah, its varied and luxurious facilities which suit all family members, in addition to the principle of inclusiveness of all services at the original room rate.

The longest slipstream in the world

The Emirate of Ras Al Khaimah has record a new record in Guinness World Records with the launch of the latest adventure tourism destination, Jebel Jais Flight: The Longest slipstream in the World, which is considered the latest addition to its diverse list of touristic facilities.

The "Jebel Jais Flight" track expends for 2.83 km, which equal to the length of 28 football fields and 1,680 meters above the sea level, which has been opened to the visitors on 1st February.

The slipstream is operated by "Toro Verde Ras Al Khaimah", the world's leading company in the slipstreams operating field.

The slipstream, which includes a metal cable weighing more than 6 tons, was built after a year of study and planning. The construction processes included feasibility studies, planning, comprehensive surveys, soil testing and simulations. For preservation of the environment, the slipstream and its supporting structures were carefully designed without affecting the environment, as strong anchor holes were drilled in the hard rocks of the solid "Hajar Mountains" in a process that alone took 6 months of the continuous work.

The participants take a horizontal position that allows them to make a flight experience that is as close to the real flight as possible, as they will wear special equipment for this adventure. The journey through the first and longest track in the world shall take approximately 2 to 3 minutes, after which the adventurers will reach a unique suspended landing platform where they will move to a second track with a length of 1 km to complete their journey back to the Earth.

One of the most important destinations in Ras Al Khaimah is the “Al Suwaidi Pearls” farm, which is a new natural touristic product, bearing economic, touristic, environmental and historical dimensions. It was established at 100 meters from the Khor Al Rams Beach in Ras Al Khaimah, to daily give touristic delegations and pearl lovers a unique and varied experience between the practical benefit and watching the stages of farming and extraction of the finest Arabian pearls, in addition to recreation in the designated areas on the marine platform within the program of natural simulation of the ancestral life, amid a breathtaking view on the towering mountains and palm plantations.

"Al Suwaidi Farm" is considered the first farm for cultured pearls in the region, and it is one of the national entrepreneurship projects in the Emirate of Ras Al Khaimah, and the only one in the country that provides pearls from local sources to jewelry makers around the world, in addition to its role as a touristic product visited by tourists from countries around the world to enjoy the experience of the pearl extraction from the oysters.

Al Suwaidi Pearls Farm was established in 2005 by Abdullah Al Suwaidi with the aim of preserving the legacy of his ancestors and reviving one of the traditional historical crafts of which the UAE prides. It is the only pearl farm in the region that uses naturally farmed and hand pollinated oysters instead of the marine oysters. 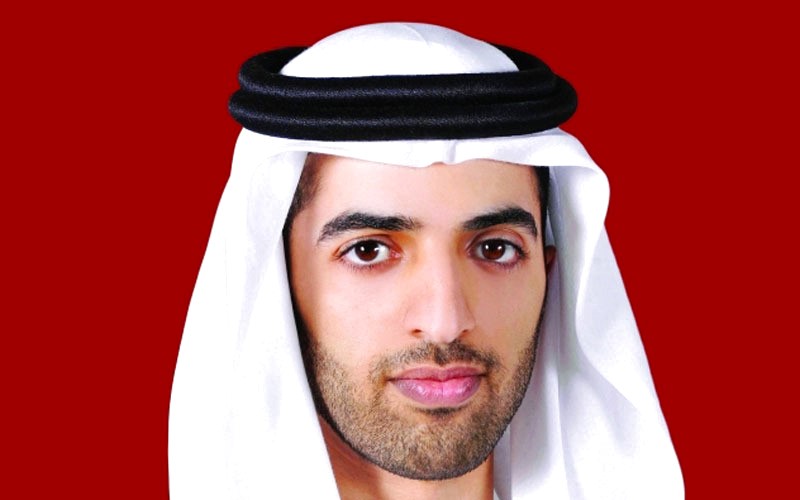 His Highness Sheikh Mohammed bin Saud bin Saqr Al Qasimi, Crown Prince of Ras Al Khaimah, emphasized that Emirati women is an active and positive partner in the comprehensive development process of UAE, and a source of inspiration for the creativity, excellence and leadership in all fields, thanks to the prudent vision of the wise leadership, who believed in the importance and capabilities of Emirati women, as a partner of man for shaping the future of the UAE for the next fifty years.

On this occasion, the Crown Prince of Ras Al Khaimah presented congratulation to Her Highness Sheikha Fatima bint Mubarak, "Mother of the Emirates", emphasized that Her Highness is the inspirer, example and the first supporter of the achievements of the Emirati women, based on her belief in the capabilities of the Emirates' women to serve their country, inside and outside the Emirates, and to effectively contribute to achieving the prosperity and stability.

His Highness stated, in a statement on the occasion of Emirati Women's Day, "On this day, we celebrate the achievements and contributions of the Emirati’s women, who have become a source of pride and self-esteem, and a source of appreciation and gratitude due to her great role over the past five decades in nation-building, the renaissance of society, and her positive impact in the development process, which is clearly appear in the Emirati experience, which is considered one of the most successful experiences in the world, in the field of women’s empowerment and leadership, which its rules was established by the late Father Sheikh Zayed bin Sultan Al Nahyan, May Allah Forgive Him, with Her Highness Sheikha Fatima bint Mubarak, President of the Women’s Union, Chairwomen of the Supreme Council for Motherhood and Childhood, Supreme President of the Family Development Foundation “Mother of the Emirates”, and today, we are reaping the benefits of that wise vision. Today, Emirati women occupy the highest positions in vital sectors, and provide a leading model for various countries of the world in the field of women's empowerment.

His Highness added, "The choice of the celebration slogan of Emirati Women's Day for the year 2021 (Women is ambitious and brilliance for the fifty years), in line with the announcement of His Highness Sheikh Khalifa bin Zayed Al Nahyan, President of the State, May Allah Protect Him, in 2021 "Year of the Fiftieth", emphasizes the status and role of Emirati women in the next fifty years.”

Join us for our Grand Opening 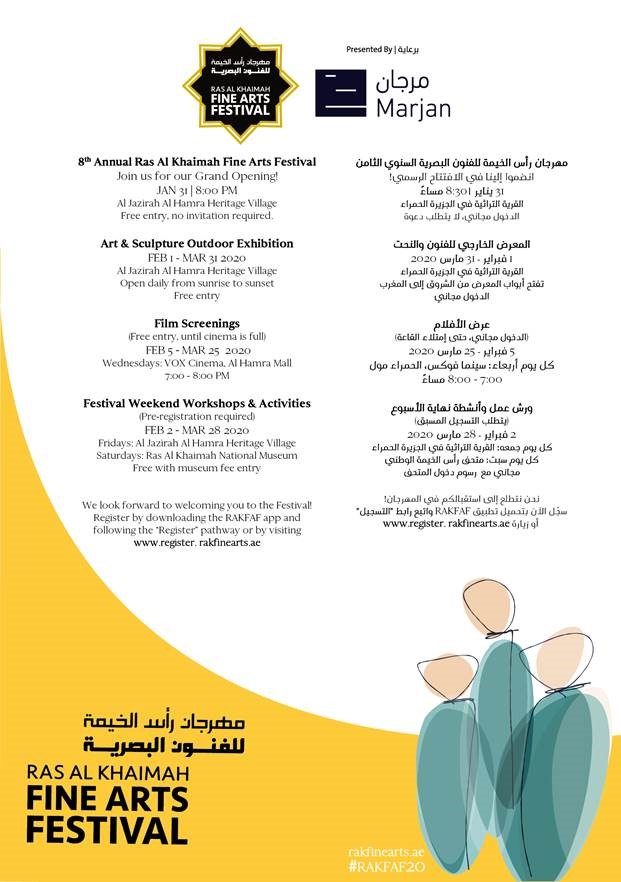 Ramadan Festival and Eid for Shopping